More than 240 teams on the upcoming PFC 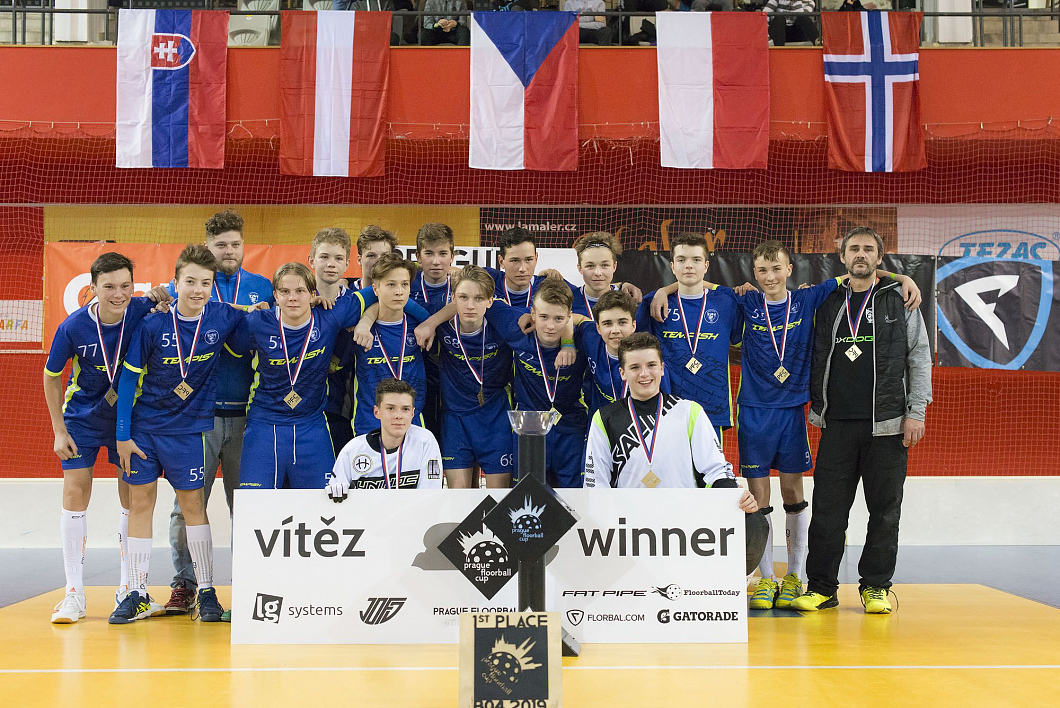 Only one month left until the next Prague Floorball Cup can begin. Registrations has just been closed and the final number of teams that will participate in the tournament has outreached 240! This year, we will hang flags of seven European nations including, besides traditional participants, also teams from Germany, Denmark and Latvia. Let’s take a closer look on which teams are coming!

Czech teams represent the biggest part of record-breaking number of participants. From all over the Czech and Moravian regions there are many youth teams from the highest floorball league clubs coming to Prague - Vítkovice, last year’s B04, B06 and B08 winner, Mladá Boleslav who dominated in G02 and G05, and from the capital city also Chodov, Bohemians, Black Angels or Sparta.

Amongst Slovak teams you will have a chance to meet ATU Košice, last season’s U19 local winner, that will participate in the newly opened U19 boys category PFC Elite. Also teams from Trenčín or Bratislava are coming, as well as Polish teams PUKS Trzebinia or USK Radzevia Radzewo and Austrian girls U19 national team. The foursome of Czech neighbors is completed by newcomers from Germany - Red Devils Wernigerod or SC DHfK Leipzig.

And what about teams from northern Europe? They will be there, too! You can expect first-time participants from Denmark, Rungsted-Hørsholm Floorball Klub, or Swedish teams Hissjö SK, Skellefteå IBS and Strängnäs IBK. Our little overview of nations on PFC won’t be complete without Latvia, namely FS Masters starting in PFC Elite, then Lekrings and Valmiera.